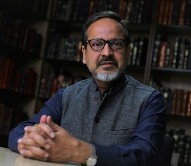 Dr V N Alok is a senior faculty in the Indian Institute of Public Administration (IIPA) where he has been teaching public finance since September 1999. He has been a Member of the 5th Delhi Finance Commission in 2017 and contributed, in different capacities, to nearly all Union and State Finance Commissions since 1995. He conceptualized the ‘devolution index’ and constructed it annually during 2009-14 by ranking States. On the basis, the Prime Minister of India awarded the top ranked states every year on the National Panchayat Day celebrated on the 24th April.

He has led and conducted many research studies funded by the constitutional bodies including the 15th Finance Commission, union and state governments in India including the NITI Aayog and multi-lateral organizations including the World Bank in range of issues, i.e. fiscal federalism, fiscal decentralization, industrial development, urban & rural development, municipal & panchayat finance. He also evaluated many central schemes in several sectors including civil aviation, law & order, government publicity etc. Many of these studies involve survey and consultation in all Indian states and union territories.

Dr Alok has led many teams in the design and conduct of various international and national workshops and training programs for policy makers, lateral entrants in government and senior civil servants, in parts of Asia and Africa as well as Brazil, on spheres of public finance including fiscal federalism, tax reform, local governments etc with the support of the Government of India, the World Bank, the Forum of Federations, and HSS, a German Foundation.

Dr Alok has written number of books and articles to reputed journals & economic dailies on subjects of public policy and finance. His latest book is on ‘Fiscal Decentralization in India: Outcome Mapping of State Finance Commissions’ published by Pulgrave Macmillan. Occasionally, he also participates live in debates on national TVs including NDTV and DD. He also edits Nagarlok - A Quarterly Journal on Urban Affairs.

He has been a member/member secretary (equivalent to the Secretary to Government of India) of many policy making committees/commission. Reports of many of these committees/commissions became policies at later stage. The University Grants Commission nominated him as Member of Advisory Committees. The Securities and Exchange Board of India (SEBI) nominated him as Public Interest Director in the Jaipur Stock Exchange where he presided over the Board for few months. Besides, he is in the executive committee of the Authors’ Guild of India and has been in the executive council of IIPA for four years. He is also a Member of India International Centre.

Dr Alok has supervised many M Phil dissertations of senior civil servants and evaluated best governance practices for national awards. He is a referee for many international journals and publications and continues to be an examiner of Economics for the most completive examinations of India.

Dr Alok has a doctorate degree in Economics from St. John’s College, Agra University from where he did his post graduation in Economics and graduation in Commerce. He had received national scholarship on the basis of his academic performance in middle and high school. He participated in Athletics, Badminton, Basketball and cricket at the secondary level and represented his college.

Dr Alok has designed and conducted various international and national training workshops for policy makers and senior civil servants, in parts of Asia and Africa as well as Brazil, on spheres of public finance including fiscal federalism, tax reform, local governments etc with the support of the Government of India, the World Bank, the Forum of Federations, Canada and Hanns Seidel Foundation. He recently organized national training workshops on ‘State Finances for State Legislators' and Management Development Programme for ITPO Officers in 2020. He has also organized Induction Programme for Joint Secretaries joined Government of India through Lateral Entries in 2019 and ‘Policy Dialogues with 72 nominated Joint Secretaries to Government of India on Current Economic Reforms under Cooperative Federalism’. In recent time, he organized International Experience Sharing workshops on a) Intergovernmental Relations and Practice of Fiscal Federalism for Myanmar High Level Delegation comprising Members of Parliament, Commissioners etc in 2019 sponsored by Hanns Seidel Foundation, India and Ministry of External Affairs and b) Intergovernmental Relations and Practice of Fiscal Federalism for Ethiopian Parliamentary Delegation headed by Deputy Speaker, House of Federation, Ethiopia, sponsored by Forum of Federations (Canada), Inter State Council Secretariat, Government of India and Government of Ethiopia.

Dr Alok has written number of books and articles to reputed journals & economic dailies on subjects of public policy and finance. Occasionally, he also participates live in debates on national TVs including NDTV and DD. He also co-edits Nagarlok - A Quarterly Journal on Urban Affairs. His publications in 2020 include books on a) Panchayat Finances in India: Empirical Assessment 2018-19 from NITI Aayog and IIPA and b) a forthcoming book from Palgrave Macmillan on Fiscal Decentralization in India. In the recent past, he wrote a book on Panchayats in India: Measuring Devolution by States from Macmillan. His recent newspapers articles include are the following:  a) Emerging scope of local governments in India’s fiscal architecture in Corona-crisis, 29 June 2020, Economic Times (Government); b) ‘Local governments must have a key role to fight Covid-19. 1 June 2020, Financial Express; c) Is it time to impose a carbon tax?’, 25 July 2019, Financial Express. His research papers include the following: ‘Çovid-19 and Federalism in India’ in 50 Shades of Federalism in 2020 and ‘Right to Public Service Delivery in Indian States: Legislations and Assessment’ in Nagarlok in 2019. His research paper on ‘Share of Local Governments in the Union Divisible Pool: An Option before the 13th Finance Commission’ published Indian Journal of Public Administration led to major policy review. 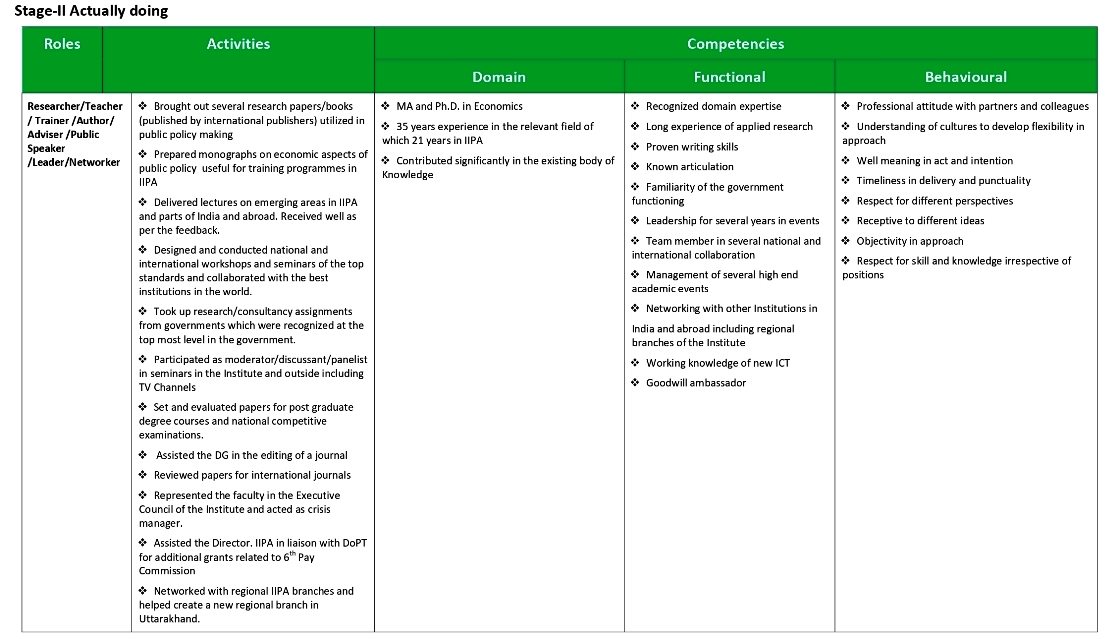 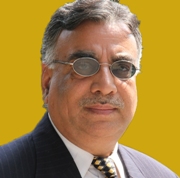 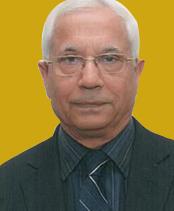 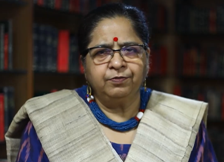 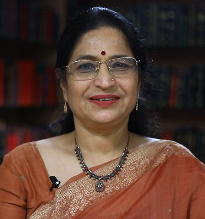 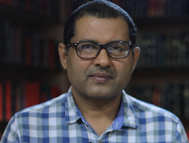 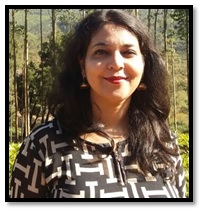 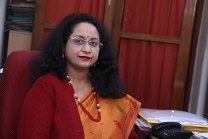 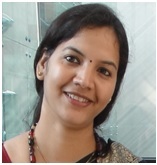 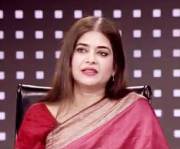 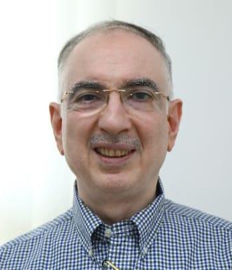 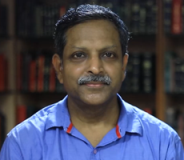 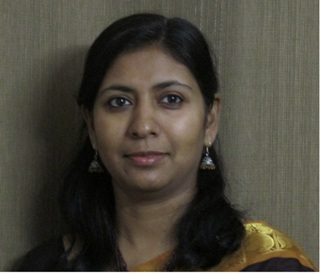 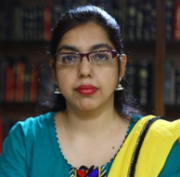 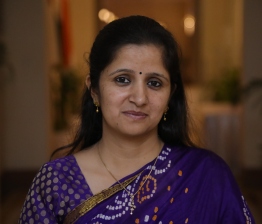 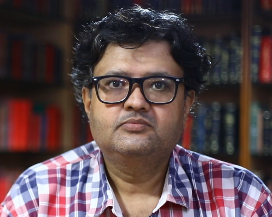 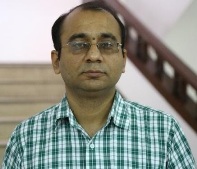 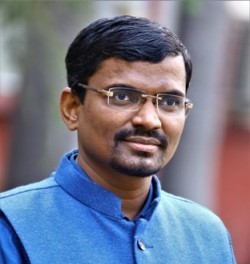 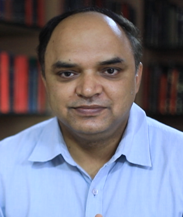